I found this movie thanks to a great list on Reddit provided by u/TomberryServo entitled ‘Trashy, sleazy, gory and void of any artistic merit.’ I couldn’t ignore that now, could I?

TerrorVision lays all its cards on the table right from the off – it’s loud, brash, cheesy and OTT. The lighting, sets and costumes scream EIGHTIES – in the second scene we meet the Puttermans, the family at the centre of this crazy ride: 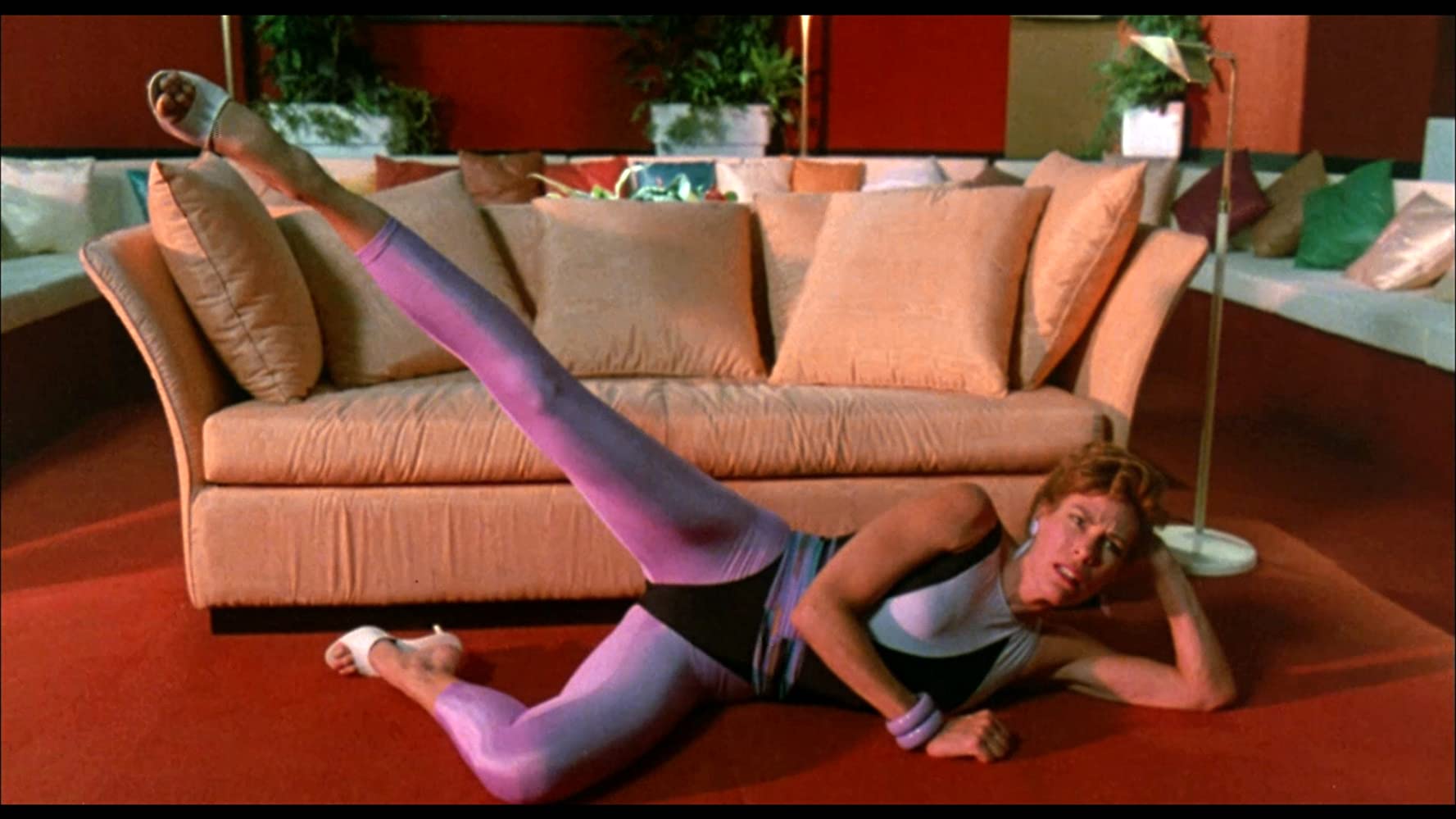 The Daughter, Suzy (Diane Franklin) – being more Cyndi Lauper than Cyndi herself 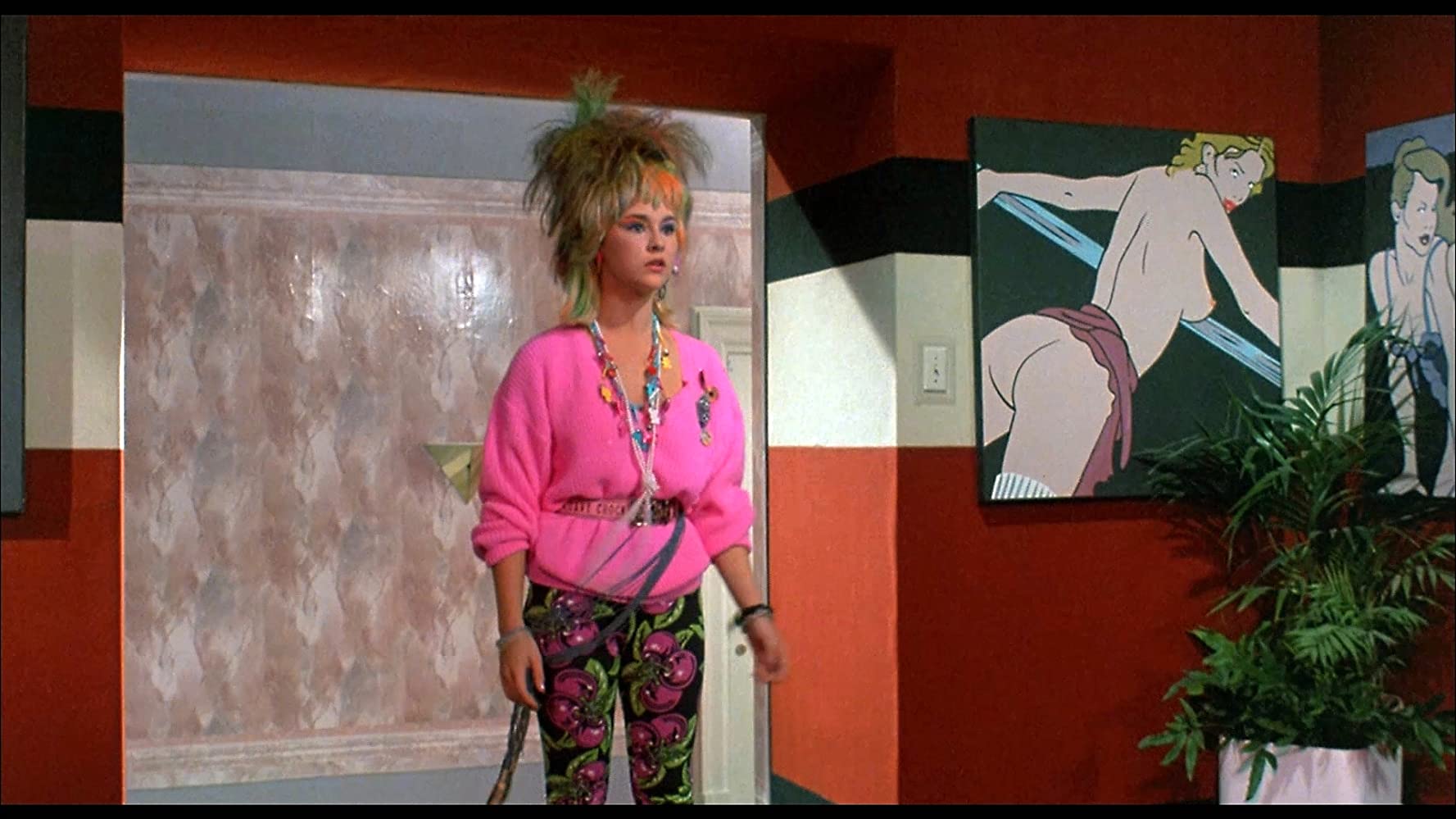 Then we have The Dad, Stan (Gerrit Graham). Check out that shirt / cravat combo! 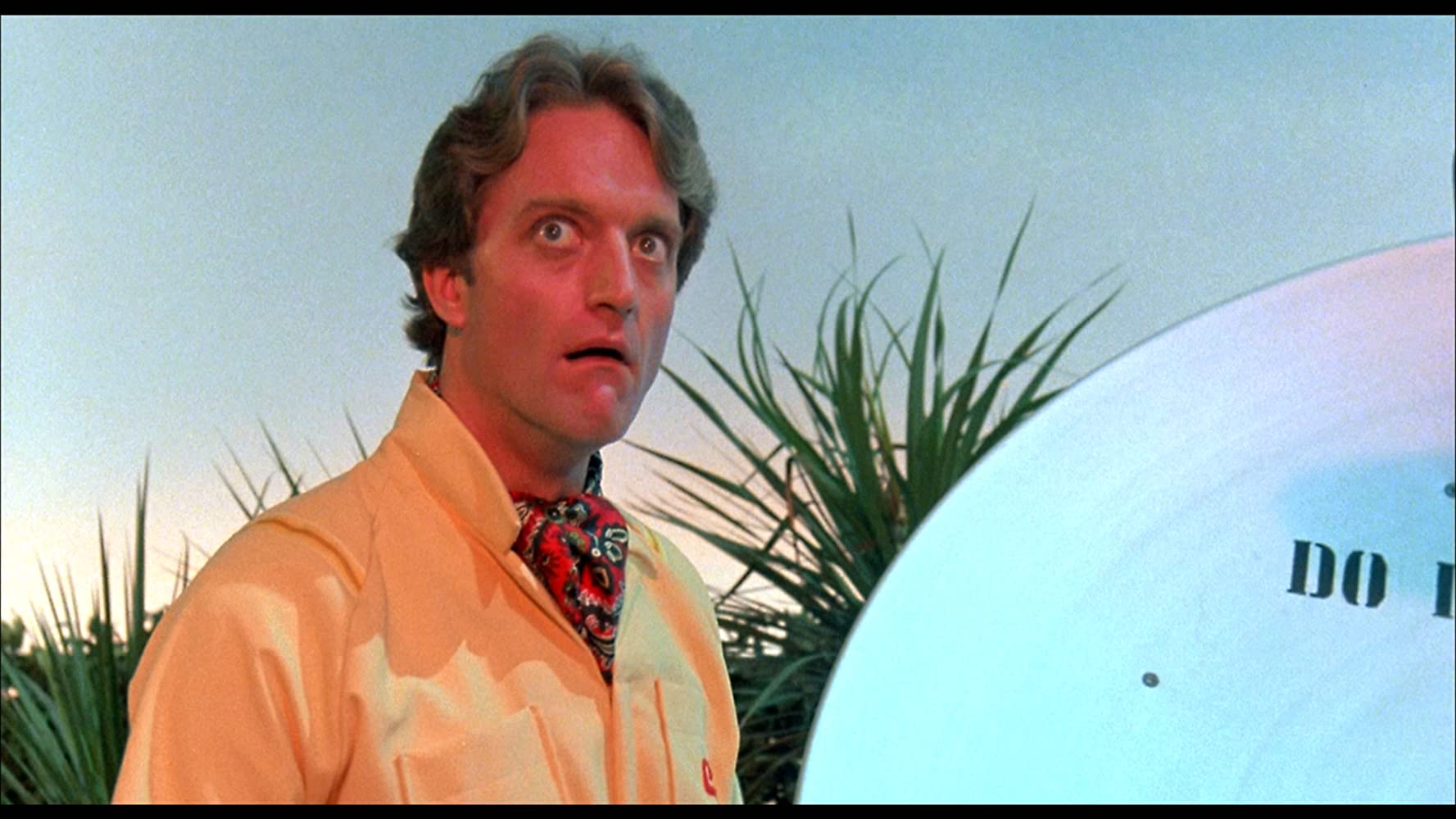 We are also introduced to The Son, Sherman (Chad Allen) and the survivalist Grampa (Bert Remsen) 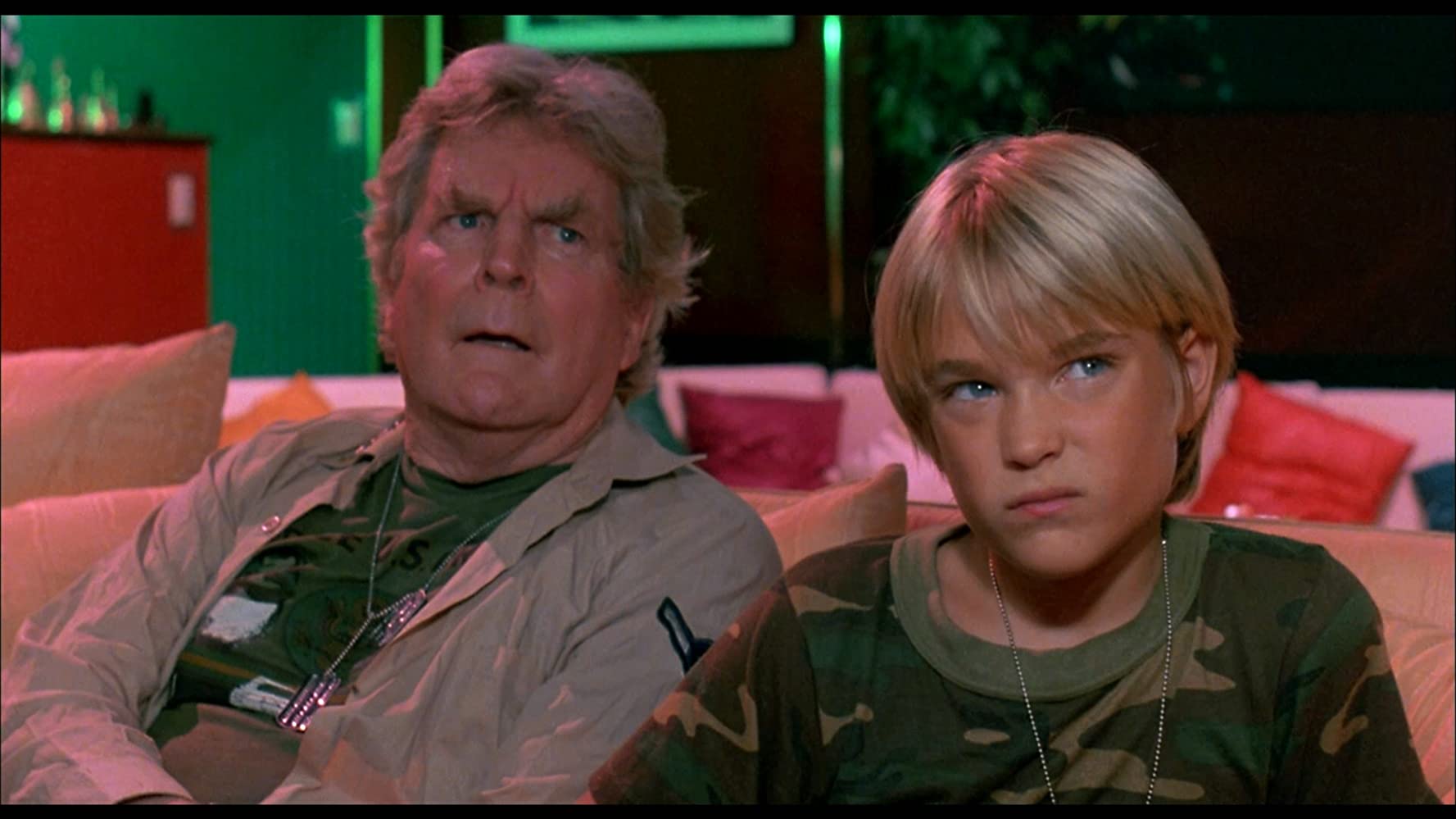 By the time we meet our ‘heroic’ family we have already had a hilarious setup, involving the cheapest possible model representation of another planet and some nonsense about disposing of a mutant. This was the first point where I laughed out loud, and it wasn’t the last. This is a movie that knows itself though – there’s no pretence here at being anything worthy – it’s trash, and it owns it. Gloriously!

The story revolves around the mutant from the initial setup somehow making its way across the galaxy and arriving at the Putterman’s brand new satellite TV dish. This mutant is able to materialise from any TV connected to this dish, and as the family have one in every room in their magnificently sleazy house, this causes some ‘issues’! These issues are rendered in full icky-sticky-gooey fashion, with obvious relish from the crew.

There are a couple of other trashy elements to this movie including a hilarious ‘new swingers’ scene that is played to perfection by all involved. Oh, and a camp, kitsch Elvira rip-off that helps things along.

I loved every stupid, neon, sleazy minute of this movie. Everybody involved plays their part perfectly with just the right amount of hammy-ness that this type of nonsense deserves. This is right up there with the best of the worst, so gets a 9 on the Skelpometer.

One Response to TerrorVision (1986) review